Liberation is Christina Aguilera's eight studio album. It was released on June 15, 2018. It is her first album in six years, following Lotus (2012). The singer started recording the album in late 2014, and throughout 2015 and 2017, Aguilera collaborated with a handful of producers and songwriters to reach her desired sound; Pharrell Williams and Linda Perry were in the studio in early stages and ended up not being on the album, while new collaborators such as Kanye West, Mike Dean and Tayla Parx were confirmed to be on the album. It features collaborations with Demi Lovato, Keida, Shenseea, GoldLink, Ty Dolla Sign, 2 Chainz, and Lewis Hamilton.

On a tweet posted on April 19, 2015 where she shared her "blissful" feelings, Aguilera also confirmed she's working on a studio album, a follow-up to 2012's "Lotus". On June 16, 2016, Aguilera released the song "Change", dedicated to the victims of the Orlando nightclub shooting, while on August 23, 2016, she released "Telepathy" for the TV series The Get Down (album) soundtrack, which topped the Billboard Dance Club Songs chart.

In February 2018, media reported that Aguilera was collaborating with Demi Lovato who confirmed a collaboration. In March 2018, a low-quality snippet of a song called "Masochist" leaked online, as well as the full-length demo of the song "Fall in Line", which prompted rumours that the tracks were supposed to be on the album. On May 3, 2018, Aguilera released the first promotional single "Accelerate" featuring American singer Ty Dolla Sign and rapper 2 Chainz, as well as its music video, while also confirming the album's title, Liberation, and its art, track listing and announced the album was available for pre-order online.

About the title of the album Aguilera explained, "I wanted to have a title that meant freeing myself from anything that wasn't my truth. That's a constant I think in everyone's life: every time you feel stifled in a current situation where you feel you're not quite yourself or being bogged down by other people's opinions. Or when you feel like you're stuck in a stagnant place."

On the May 2018 cover of Paper magazine, Aguilera appeared bare-faced without makeup and retouching, saying "I'm at the place, even musically, where it's a liberating feeling to be able to strip it all back and appreciate who you are and your raw beauty." The similar photography style was chosen for the Liberation artwork—posing with a natural look, Aguilera is seen in closeup. The cover of the standard edition was revealed on Aguilera's website on May 3, 2018. 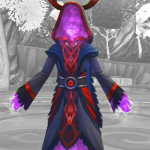 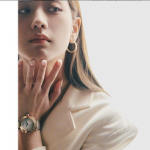