Create the page "Liberation" on this wiki! See also the search results found. 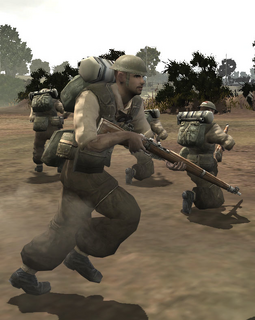 Company of Heroes is set during World War II. In the single-player campaign the player commands two U.S. military units during the Battle of Normandy and the Allied liberation of France. Depending on the mission, the player controls either Able…