The Voice Within (song)

"The Voice Within" is a song recorded by American singer Christina Aguilera for her fourth studio album, Stripped (2002). The song was written by Christina Aguilera and Glen Ballard, with production handled by Ballard. It is a piano-driven ballad talks about trusting oneself and one's instincts. "The Voice Within" was released as the fifth and final single from Stripped on 5 June 2003. by RCA Records.

Upon its release, "The Voice Within" received mainly positive reviews from music critics, who called it an inspirational ballad and praised Aguilera's strong vocals on the track. Some likened the song to works by Celine Dion and Mariah Carey. Commercially, "The Voice Within" achieved moderate success on charts worldwide, peaking within the top ten of charts in several countries including Switzerland and the United Kingdom, and it reached number 33 on the US Billboard Hot 100.

The song's music video was directed by David LaChapelle, who previously directed the music videos for "Dirrty" (2002) and "Can't Hold Us Down" (2003). It was filmed in black and white as a one shot. He explained to MTV News that the video's concept, "There's all kinds of connotations to the word 'stripped.' I wanted to strip it down to one take. Just her and this incredible voice. And really not have anything that is going to overshadow that. She's trying to grow as an artist and along the way she's taking all kinds of risks and a lot of times people let those things overshadow her ability and her talent. I wanted to bring it all back as a sort of bookend to this album". The video begins with a close-up scene of Aguilera and zooms out to her wearing a slip and sitting in an abandoned prop room. In one continuous black and white shot, Aguilera walks through several rooms, exits the building, and finally lays on a light box. The video was filmed at a deserted theater in downtown Los Angeles. It was inspired by neorealist works. The video was nominated for three 2004 MTV Video Music Awards: Best Female Video, Viewer's Choice, and Best Cinematography. 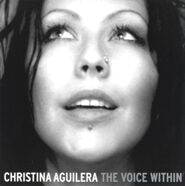 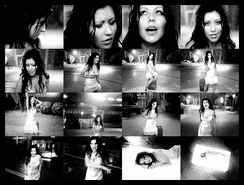