Your Body is a song by American recording artist Christina Aguilera, taken from her seventh studio album Lotus. It was premiered on September 14, 2012 and digitally released on September 17, 2012 by RCA Records as the lead single from the album. The song was written by Savan Kotecha, Max Martin, Shellback and Tiffany Amber and was produced by Martin and Shellback. "Your Body" is an electropop and R&B song with elements of dubstep; its lyrics discuss anonymous sex, where Aguilera wants a one-night stand with a random man.

Upon its release, "Your Body" received generally favorable reviews from music critics, who complimented Aguilera's vocals and its production. The song debuted at number 34 on the US Billboard Hot 100 and number one on the Billboard Hot Dance Club Songs, with first-week sales of 105,000 copies. Internationally, it was a moderate success, peaking at number 10 on the Canadian Hot 100 and within the top forty in several countries. The song's accompanying music video was released on September 28. Directed by Melina Matsoukas and shot in Los Angeles, Aguilera portrays a woman who kills men after seducing them; it features several pop cultural references. It was met with generally positive reviews from critics, who described it as one of Aguilera's best music videos to date

Background "I worked with Melina Matsoukas on this video for 'Your Body,' who I was very drawn to because her work I saw in her other videos," Aguilera told MTV News about the clip. "It looked like she really caught a character and drew it out of them and really had a story to tell. You know, not needing or wanting or using a lot of background dancers or gimmicks or things like that." —Aguilera on working with Melina.The music video for the song directed by Melina Matsoukas was filmed between August 20 and August 21, 2012 in Los Angeles. A clip from the video premiered during The Voice on September 17. She described it as "playful, tongue and cheek." A video teaser was released on Aguilera's official YouTube and Vevo channels on September 17, 2012. It includes footage of Aguilera tapping into her inner bad girl with all types of things, such as hitching a ride from a swarthy dreamboat, winking seductively at the camera, flipping her hair, drinking a Slurpee and blowing up a car. Aguilera can be seen donning skin-tight dresses, fishnet tights, corset tops and sky-high stiletto heels in the music video trailer, where she also seduces a convenience store clerk. The official music video premiered on Vevo on September 28, 2012.

Aguilera told Ryan Seacrest about the music video during an interview on KIIS FM: "I got to keep things a little exciting, enticing, fun, and got to get you guessing," "I’m so excited to release it. I’m actually in the finishing touches of the editing process right now. It’s very tongue-in-cheek, very playful, it’s very fun. It’s kind of comedic in a way…I’m kind of playing this character it’s very much like a character outside of myself. It’s just fun, it’s like a little mini movie. I don’t want to give too much away!." Matsoukas was enlisted to capture the light-hearted side of the singer. "Once we started talking with each other and she heard 'Your Body,' she spun it in a way that you wouldn't expect at all," she said. "And I get to play this character that, yeah, she may be a little bit of a badass, she's very confident, self-assured, but she's super playful and super tongue-in-cheek. She laughs the whole way through the video. She's watching cartoons, and you know she doesn't take herself too seriously." "I don't think I've ever done a video using so much color and freedom and fun," she added. "There's some unexpected twists and turns. There's cars blowing up, but it's really done in a very fun and playful, tongue-in-cheek way, in almost a comedic sense, if you will. And I had such fun playing that character."

Aguilera blowing up a car, where her one night stand lover is inside. In the back, it is seen electric-pink flames.The video starts with an initial warning, saying that "no men were harmed in the making of this video." In the clip, Aguilera plays a candy-colored killer, one who delights in wooing well-physiqued men to their demise. She hitches a ride with one guy, seduces him, then sets his car ablaze (in electric-pink flames, nonetheless). Next, she hits a dive bar, shoots some pool, and lures her next victim into a bathroom stall, where she bludgeons him to death, leaving spatters of blue paint dripping from the walls. Finally, she uses a bat to bash a man's brain in, showering the room in a mist of red confetti. In the video, there's not actual violence shown; instead, director Melina Matsoukas fills "Your Body" with brightly colored, almost surreal gore. There is also junk-culture nods, like the old NES Advantage controller Aguilera jams on, the cameos by psychic site Oranum.com, sugar-coated cereals, while there is also scenes where Aguilera is watching cartoons and flipping to Lucille Ball's face.

The video has several pop-culture influences. One of them is in the end of the video, where Aguilera is watching Lucille Ball on an old TV.The video received positive reviews from most critics. James Montgomery of MTV News wrote that "Xtina proves she's really good at being bad, but she's never done it with tongue so firmly planted in cheek. Subtlety isn't her strong suit, and so long as she keeps churning out videos as good as this one, we're willing to accept that about her." He also commented about her costumes, writing, "Her costumes aren’t meant to be standalone shock pieces; they all play into the larger feel of the video itself, which, sure, is grisly and garish, but also incredibly clever and visually arresting."

Montgomery also added: "It's a feast for the eyes, what with its brightly colored scenes of violence (and gratuitous automobile explosions), but it's also an all-you-can-eat buffet for pop-culture aficionados." T. Kyle of MTV Buzzworthy gave praise to the video, writing, "Christina manages to be fun and provocative, the styling is beautiful and even aspirational, and Legendtina's body looks amazing!." Adam Graham of Detroit News wrote: "Rarely has a violent road trip fantasy been this sexy. Aguilera has never skimped on skin in her videos, but here she seems newly comfortable with her body in ways she hasn’t been before."

Sam Lansky of Idolator wrote that Aguilera "has a genuine and very charming sense of humor in this video, which doesn’t take itself quite so seriously. The clip is just pure campy glamour. Whereas 'Not Myself Tonight' played without a trace of irony, this video shows off a Christina who seems to be having a good time. (...) But most importantly, the clip is funny and engaging, proving that she’s not all about smug self-aggrandizing — she’s a girl who knows how to laugh at herself. Sincerely, it’s been years since we loved a Christina Aguilera video this much." Jason Lipshut of Billboard noted the video seemed to be inspired by the unending stream of violence on TV, but felt a "standout of the video is, of course, Aguilera's wardrobe selection, highlighted by a curve-hugging black dress, low-cut American flag shirt, jean vest covered in her blonde dreadlocks and long-sleeved white tee that reads ‘F*ck the Paparazzi.’" Rolling Stone added, "With a confident smile, Aguilera embarks on a series of seductions, reeling in men before killing them for corporeal pleasure. Be careful the next time someone tells you he or she wants your body: you might end up like this." Lyndsey Park of Yahoo! Music viewed it as a pop-culture reference video, writing, "The dirrty girl's sexy 'Your Body' video makes so many pop-culture references during its retina-scaldingly rainbow-brite four minutes and 40 seconds, it's enough to make even Seth MacFarlane or Dennis Miller's heads spin. And yet, somehow, it's all so very, very Xtina." Marc Hogan of Spin Magazine wrote that "It might take us a few more viewings to get the joke, but at least there's enough amazing absurdity going on to make that prospect sound entertaining." On 4 December 2012, "Your Body" was announced by Fuse TV number 1 video of 2012. The result was acquired through online voting.

Teaser trailers of "Your Body" 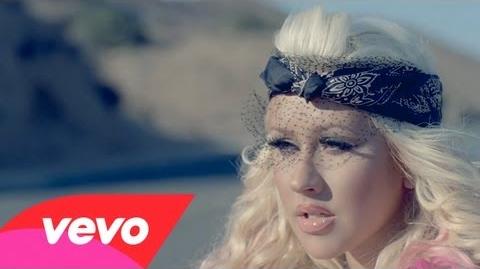 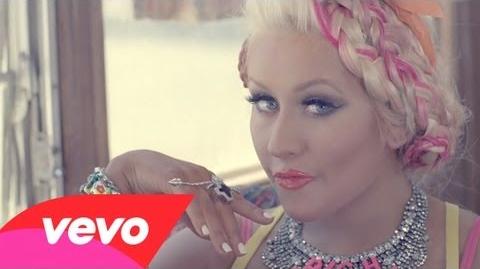 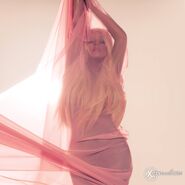